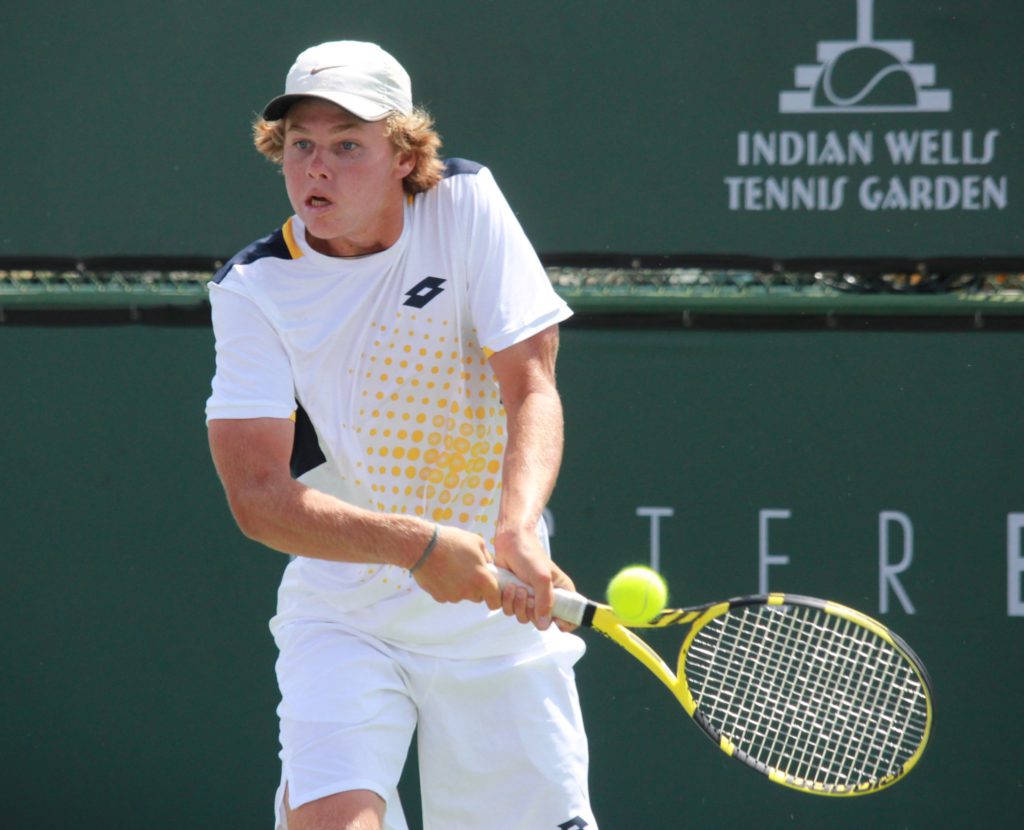 The 54th FILA Easter Bowl, which serves as the USTA National Spring Championships, concluded this weekend in Indian Wells with junior singles and doubles competition. After a stellar performance at the Australian Open earlier this year, 17-year-old Alex Michelsen of Aliso Viejo dominated the 18s division. Michelsen became the first player since Donald Young in 2006 to capture both the ITF singles and doubles titles in the 18s division. Seeded No. 8 in the singles draw, Michelsen knocked off No. 2 seed Nishesh Basavareddy, 6-2, 6-3, in the final, halting Basavareddy’s 18-match winning streak.

“If I played like that every time, I would be very, very happy,” Michelsen said. “Nothing went wrong out there at all. I served well, the forehand was good, backhand was good, drop shots were good. It was one of those days when everything came together. I needed it because Nishesh has been playing unreal lately. By far it was the best I played all week.”

Michelsen teamed up with close friend and fellow Southern Californian Sebastian Gorzny to win the 18s doubles title, defeating the second-seeded pair of Aidan Kim and Michael Zheng in the final.

Michelsen isn’t the only SoCal players to bring home hardware this year. In the Girls’ 12s singles final, two unseeded #TeamSoCal players battled it out for the gold ball with 11-year-old Baotong Xu (Rolling Hill Estates) coming back to beat Yilin Chen of San Diego 4-6, 6-2, 10-6. It was the third straight match Xu won in a super tiebreaker.

“I’m feeling really excited right now, but I do know that all the hard work I put in got me here,” said Xu. “I wasn’t too surprised because I did do the work. All of the hard work paid off.”

After surviving two match points to beat Ford McCollum of Los Angeles, 5-7, 6-2, 7-5 in an All-SoCal matchup, No. 5 Nathaniel Suh (Orange) played No. 3 Evan Sharygin (Newburgh, Ind.). During the semifinal, Suh began cramping serving for match at 5-3 and was forced to take a medical timeout. He was unable to finish falling to No. 3 seeded Evan Sharygin of Newburgh, Ind., 2-6, 6-2, 6-5 ret. Despite having to retire, Suh was still able to capture the bronze ball.

Playing in his first FILA Easter Bowl, unseeded Parashar Bharadwaj of Irvine, Calif., overcame sickness to capture his first USTA National Ball of any kind as he downed William Manning of Raleigh, N.C., 6-2, 6-4, for the coveted USTA Gold Ball in the Boys’ 16s singles.

Gray Kelley of Chatsworth and partner Noah Johnston followed Johnson & Lee in a similar fashion, with a 6-0, 6-3 win in the Boys’ 14s doubles.

Congratulations to all of the Southern California juniors who competed in this prestigious event. See the list of top finishers below.

Five of the eight Sportsmanship Award winners were from Southern California.