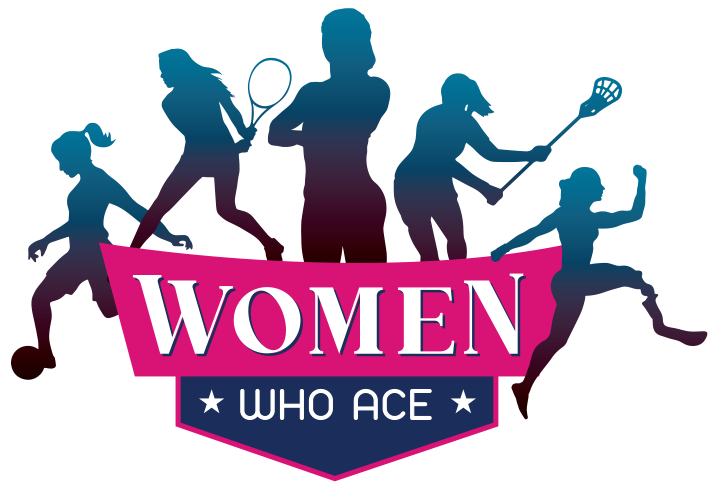 As we celebrate the 50th anniversary of Title IX, the Women Who Ace Conference will showcase inspiring sports industry leaders and athletes, sharing skills for success on and off the court, pitch, track, etc.

The schedule includes a morning empowerment session, lunch, networking, and afternoon panels. The day will conclude with the presentation of the first annual Women Who Ace Achievement Award, followed by a reception honoring Sherri Stephens for her storied career as head coach of the University of San Diego Toreros Women’s Tennis Team.

Please join us on August 5th for a day of inspiration and celebration! 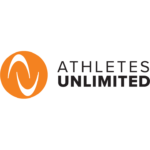 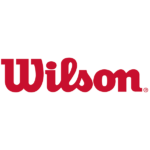 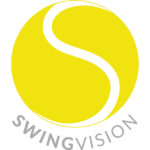 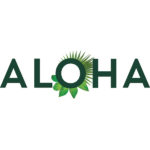 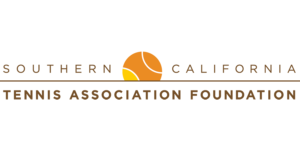 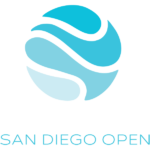 We are excited to have former University of San Diego softball stand-out and current NBC Palm Springs anchor Olivia Sandusky serving as host for the event.

For more information about registration and sponsorships, contact Benay Weintraub at bweintraub@scta.usta.com or (901) 574-0105.

The Southern California section of the United States Tennis Association, the national governing body of tennis.

Intercollegiate Tennis Association (ITA) is the governing body of college tennis, overseeing men’s and women’s varsity tennis at all levels – NCAA Divisions I, II and III, NAIA and Junior/Community College.

Athletes Unlimited is a mission-driven network of next generation professional sports leagues, aiming to empower athletes as leaders, promote inclusive ownership focused on long-term financial and personal well-being of athletes, and bring fans closer to the game by innovating on and off the field.

Professional Tennis Registry (PTR) is one of the leading organizations to educate, certify and serve tennis professionals. PTRW was built around giving female coaches opportunity, the tools for them to believe they can, the workshops to build their skills, and the networking for them to connect and be a part of something bigger.

Wilson is the #1 brand in tennis and the official hard goods sponsor of USTA Southern California.

SwingVision is the A.I. tennis app that brings you pro-quality shot tracking, video analysis and line calling on any court, using just your iPhone or iPad. Founded by A.I. experts from Apple and Tesla, its early investors include Andy Roddick, James Blake and Tennis Australia.

The WTA Returns to San Diego this October! See the best women players in the world compete for $823,000 in prize money at the Barnes Center, October 8-16. Be the first to know about ticket pre-sales and promotion. Join the mailing list at wtasdopen.com.

The Southern California Tennis Association Foundation is the charitable arm of USTA Southern California. For three decades, the Foundation has raised money and made grants to tennis programs that serve disadvantaged youth, promising junior players, and select tennis tournaments and events.

Team Lunch
Garden of the Sea

Women Who Ace Achievement Award and Reception
Honoring Sherri Stephens for her 38 exceptional years as Head Women’s Tennis Coach at the University of San Diego.

The Award Ceremony will take place at the Peace and Justice Theater, with a reception to follow at the Garden of the Sea. 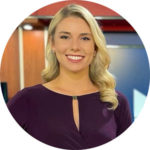 Olivia Sandusky graduated from the University of San Diego in 2017. During her four years at USD, she majored in English and played centerfield for the softball team. She earned First Team all WCC in 2017, USD Offensive Player of the Year in 2016, and was the Torero Rookie of the Year in 2014. After graduating from USD, she received an MS in Broadcast Journalism from the University of Southern California. She is currently the evening anchor for NBC Palm Springs and delivers the local news weeknights to the Coachella Valley. 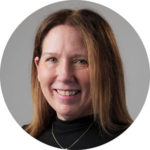 Focusing on participation and retention of junior, collegiate, and adult competition throughout the United States, Tracy has been instrumental in major initiatives such as developing the USTA Competitive Pathway, implementing the Serve Tennis digital structure, and overseeing the integration of the ITF World Tennis Number. Prior to her current position, she served in various roles such as Executive Director for USTA Tennessee, Player Development Director for USTA Florida, and National Coach for USTA Player Development. 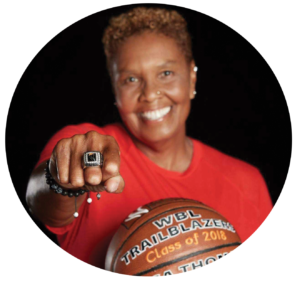 Lisa was awarded a full 4-year scholarship to the University of Illinois-Chicago to compete in tennis and basketball. Lisa played #2 singles and #1 doubles, qualifying for the AIAW state tournament all 4 years. In Basketball, Lisa was a member of the All-State team 4 times, 3rd team All-American, and made the final cut at the 1976 Olympic trials. In 1979, Lisa was drafted by the Chicago Hustle as part of the first Professional Women’s Basket all League in the US. The entire league was inducted into the Women’s Basketball Hall of Fame in 2018. As a science major, Lisa pursued a career as a Research Scientist, working to find a cure for
Crohn’s disease and Ulcerative Colitis at Cedars-Sinai Medical Center. 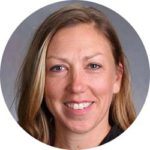 Previously the Head Women’s Tennis Coach at Yale University where she was named a two-time Wilson/ITA Northeast Region Coach of the Year, Danielle McNamara is the new Director of Coach Education with the ITA. 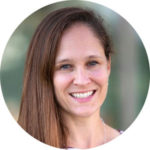 Entering her third year as the Director of CMS Athletics, Erica previously served as the Chief Operating Officer for the Intercollegiate Tennis Association and as a successful Head Tennis Coach at Georgia Southern University, Michigan State University, and the University of New Mexico. 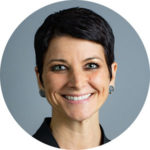 Heather started her relationship with USTA 15 years ago, and through the years her roles included customer support management and product management with a special emphasis in ratings. In 2018, she began consulting with the ITF on the development of the World Tennis Number. She has extensive public speaking experience including USTA Annual Meetings, National and Section workshops, ITF Conferences, ITA and similar conferences, podcasts, and an NTRP training series. 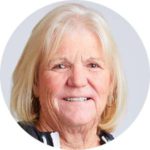 Having led the Toreros to 428 wins, 13 NCAA Tournaments, and a WCC Championship during her distinguished coaching career at the University of San Diego, Sherri Stephens is the inaugural recipient of the Women Who Ace Achievement Award, presented by USTA Southern California. 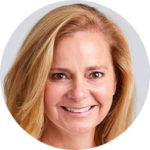 In her 24th season as the Head Volleyball Coach at the University of San Diego, Jennifer Petrie has established herself as one of the nation’s most accomplished volleyball coaches in history. She has led the Toreros to 21 of the last 23 NCAA tournaments and over 400 total wins. 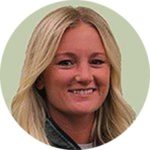 Entering her fourth year as the Director and Head Strength and Conditioning Coach at Cal Poly-SLO, Sara MacKenzie is responsible for all aspects of Sports Performance with the 21 Mustang DI teams. She has led men’s tennis, women’s basketball, volleyball and women’s soccer to Big West Conference Championships. 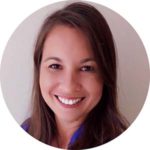 In her role as Director of Education and Diversity at the PTR, Milena Stephens is heavily involved in developing new educational courses for PTR members as well as spearheading the PTRW program with the goal of recruiting, certifying and empowering women coaches. 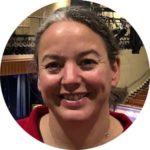 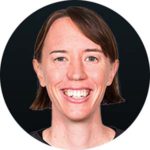 Cassidy Lichtman is a professional volleyball player, Chairperson of the Volleyball Player Executive Committee at Athletes Unlimited, and a member of the Board of Directors for USA Volleyball. She founded the non-profit P/ATH, an organization that harnesses the power of professional athletes to teach the next generation skills around empathy, equity and empowerment. 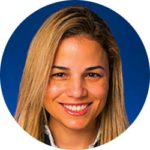 Lorena Martin is an Assistant Professor of Clinical Data Sciences and Operations at the University of Southern California. Her research is in leveraging machine learning to reduce disparities in the Hispanic/Latino population. Before returning to academia, she spent time working in the professional sports industry where she was the Director of High Performance for a Major League Baseball team and also formerly the Director of Sports Performance Analytics for the Los Angeles Lakers. Her academic training includes completing three years of  postdoctoral fellowship in the field of analytics; GIS spatial analysis, biostatistics, and epidemiology from the University of California San Diego. She also was a Visiting Scientist at the prestigious Salk Institute. She earned her doctorate degree in Exercise Physiology from the University of Miami where she also obtained her bachelor’s degree in Psychology. Her master’s degree was attained in Mental Health Counseling from Nova Southeastern University. 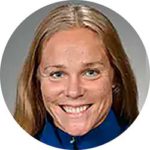 Click here to read the full biographies for all of our speakers.

The annual award recognizes an outstanding Southern California based leader and role model, dedicated to the mentorship and advancement of women in sport.

This year’s recipient is Sherri Stephens for her storied career as head coach of the University of San Diego Toreros Women’s Tennis Team.

Join us for a full day (includes PTRW Empower Session) or a half day (lunch to reception) that is guaranteed to empower and energize you.

All attendees will receive a Women Who Ace swag bag.

Proceeds from the event will go to the Southern California Tennis Association Foundation and the University of San Diego Women’s Tennis Scholarship Fund.

Click here to learn more about becoming an event sponsor and placing an ad in the program and tribute book.

Register as a sponsor here.