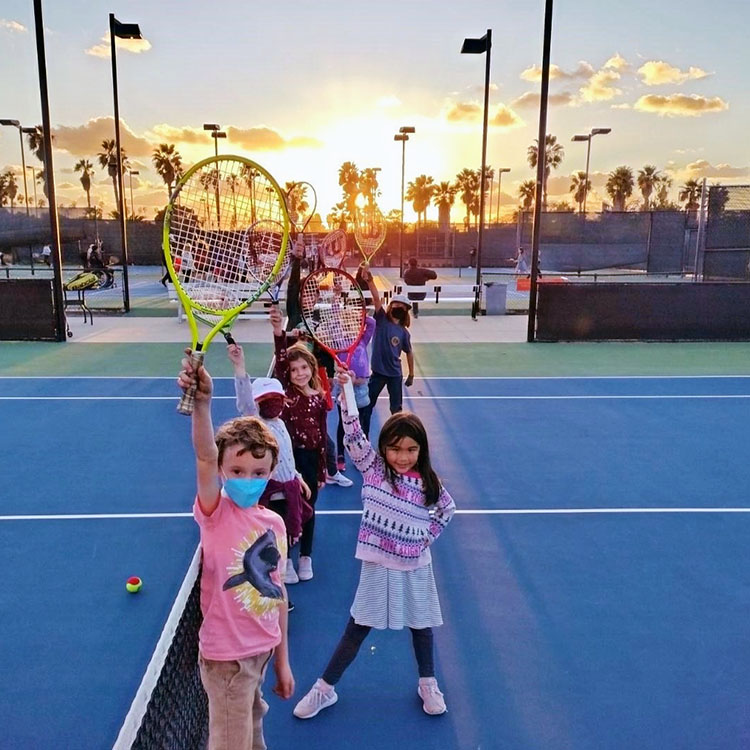 With local tennis names like Taylor Fritz, Brandon Nakashima, and Zach Svajda emerging on the global scene, it stands to reason that the pipeline for young players is flowing strong across San Diego. The region continues to nurture up-and-coming athletes at all levels of the game, and Youth Tennis San Diego (YTSD) rates among the top providers of tennis programming in Southern California.

Housed at Barnes Tennis Center and under the direction of CEO Ryan Redondo, YTSD was founded circa 1952 and has called Barnes home since 1995, when the center was built. With over half a century of helping create tennis opportunities for juniors under their belt, YTSD is only amping their efforts to impact the sport and future generations servers and volleyers.

“Our mission is to provide tennis, social development and education to our youth in San Diego,” explained Redondo. “We provide coaching equipment, and a curriculum for schools, parks, and really any youth organizations that have us come in. We have about 65 programs throughout San Diego right now, in the inner-city, parks and rec, and schools.”

YTSD’s programs cater to all juniors from 3 to 18 years old, with a frameworked competitive pathway as well as a recreational pathway to service as many children as possible, including substantial red, orange and green ball programs. “Our north star is our after-school tennis program,” Redondo said. “Our goal is to create a bridge to the Barnes Tennis Center where we can get as many of those kids that want to continue to use tennis as a vehicle, to get to college or to become a pro.”

YTSD believes it is specifically important for kids to have access to competitive opportunities, not just recreational. Their ‘JUMP’ program – Junior Tennis Underwriting Master Plan – aims to give children free entry into Level 7 tournament, especially to kids who might have trouble consistently affording the entry fees to such tournaments.

“It’s one thing to (play) in a social setting,” Redondo said. “There’s a whole other life skill that they can learn in a tournament It adds so much value. Sportsmanship, physiological, psychological benefits, and control.”

Initiatives like this do not come without their challenges, admits Redondo, as he and his staff worked to build the right gameplan coming out of the pandemic. Building the right culture in his staff, he says, was most important in setting themselves up for success. “The challenge is going to always be sustainability, continuing to grow, continuing to be able to have the resources to support our youth, and support our staff.”

Since the pandemic, YTSD has reached thousands of children through its afterschool programs, and despite the scope that YTSD has, they continue to be singularly focused on their goal of improving the lives of the community.

When looking to the future, Redondo hopes that the impact of YTSD is longstanding and widespread in San Diego and Southern California. “The legacy for YTSD and Barnes,” he said, “is that we provided a great amount of opportunity for kids to get better and learn tennis, and that we’re providing positive resources for youth to excel in their lives at a high level. “The most important thing is that they develop a love for tennis, and that they leave with some kind of tool that makes them a better person.” With years of experience under their belt, and a well built reputation in California, YTSD will no doubt continue to make an impact on youth tennis for years to come.