Since 1983, the Gar Glenney Cup has been an annual competition between the top Junior Team Tennis teams from the USTA Southern California and USTA Northern California sections for statewide bragging rights.

This year, the two sections will meet head-to-head at locations in Templeton and Paso Robles, California. 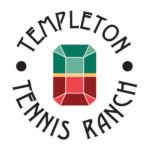 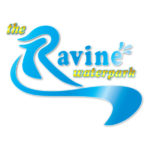 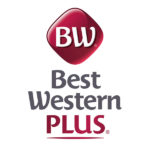 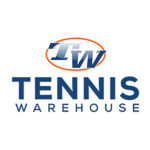 Garret “Gar” Glenney was an outstanding tennis player throughout the southwest region who was known for his passion in creating opportunities for young players to develop their tennis skills and become better individuals in the process.

It is said that around 1972, while discussing the success of Jim Hillman’s Junior Team Tennis concept, Glenney and Hillman (who is also the namesake of SoCal’s Junior Doubles Sectionals) finished a tournament in Las Vegas and headed north to go fishing. At some point on that trip, the duo decided to develop a junior competition between Northern and Southern California — a competition for statewide bragging rights — that ultimately became the Gar Glenney Cup in his honor.

Join us for Community Tennis Day at Templeton Tennis Ranch featuring tennis games, prizes, and refreshments from 12:30 to 2:30pm. This event is open to the public. For more information, please visit the event page at Eventbrite.

Player Party and Dinner at Ravine Waterpark
6:00 to 8:30pm
Click for Directions

Snacks for players and coaches all day!

An award presentation will follow the conclusion of Sunday’s matches at Templeton Tennis Ranch. Each player will receive an award and the winning team will claim the Gar Glenney Cup!

The official rules of the USTA will be observed as well as the USTA Junior Team Tennis Rules and Regulations. USTA Officials will be on-site to assist if necessary.

The Tournament Committee shall have the right to modify the format of the Gar Glenney Cup in the event that there are unforeseen weather conditions, or any other reason which would necessitate a change in the announced format.

One credentialed coach is allowed to coach per team match. Coaching is only allowed on changeovers and set breaks. No coaching during tiebreak changeovers and the first game of a set.

When players finish a match, all players, win or lose, shall report the score and both coaches are responsible for verifying the scores and signing the match card.

Once each player has been called and there is no response, this player will be put on the clock. At 15:01 minutes after the match has been called, the player is defaulted.

Matches will begin Friday, July 8th at 4:00pm at both sites.

Play schedules will be sent to participating teams closer to the event. Schedule is subject to change.

Exceptional sportsmanship is expected of all our tournament players, as well as parents and coaches on the sidelines.

We remind PARENTS to set the example for junior players by creating a positive and encouraging environment. We ask COACHES to stress the importance of sportsmanship as highly as the development of strokes and strategy. And we empower PLAYERS to accept victory and defeat with equal grace and dignity, while treating opponents with fairness and courtesy.

Learn more on our sportsmanship page.